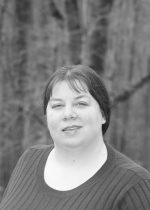 Mary McKenna trained as a historian and lawyer, but gave it up to be a Navy wife. Now she writes around raising children and moving from coast to coast.

Mary grew up moving regularly until her family settled in Illinois. She attended  the University of Notre Dame, where she studied history and fenced on the varsity team. She went to work instead of grad school and later attended law school in Chicago.

An early love of fairy tales brought her to fantasy, where she writes most of her own stories.

She plays the harp and studies Irish, loves college football and bleeds pinstripe during baseball season.

She lives in Maryland with her husband and children.

Receive a free short story when you subscribe to my monthly newsletter. Unsubscribe anytime,
the story is yours.

Got It
Learn more